At the start of the year I want to get students thinking about numbers.

I wrote about this idea not too long ago ... about exploring students' favorite number ... and why.  Surprisingly there is a research project with more than 30,000 results.  The favorite number among those 30,000 is .... seven!


Today I ran across this visual in Twitter.  It will add interest to our favorite number exploration! 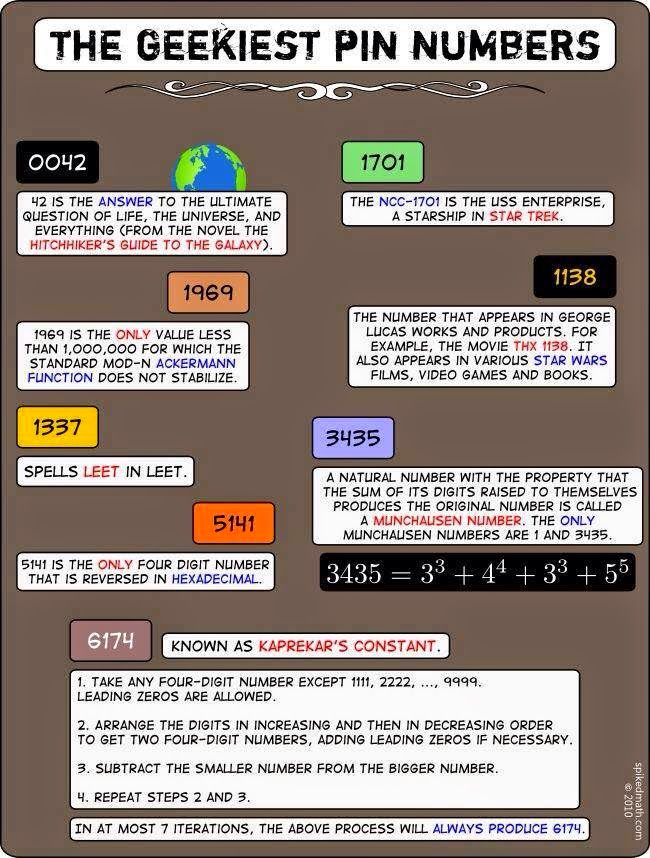 I can't get in my room yet ... but I feel a bulletin board in the making ... all about our favorite numbers with reasons why!  Just need that catchy title!

PS ... here is one more ... 1729 ... known as a "taxi-cab" number ... the smallest number that is representable in two ways as a sum of two cubes.  The number derives its name from the following story G. H. Hardy told about Ramanujan. "Once, in the taxi from London, Hardy noticed its number, 1729. He must have thought about it a little because he entered the room where Ramanujan lay in bed and, with scarcely a hello, blurted out his disappointment with it. It was, he declared, 'rather a dull number,' adding that he hoped that wasn't a bad omen. 'No, Hardy,' said Ramanujan, 'it is a very interesting number. It is the smallest number expressible as the sum of two [positive] cubes in two different ways' " http://mathworld.wolfram.com/Hardy-RamanujanNumber.html

Email ThisBlogThis!Share to TwitterShare to FacebookShare to Pinterest
Labels: #70Days