So today's activity went very well.  The noise level was high ... but all due to constant math talk!  The very talk you want in your classrooms!  (I didn't post a picture with students - no faces allowed but here is a picture of our empty space ... waiting for students to arrive on the islands!) 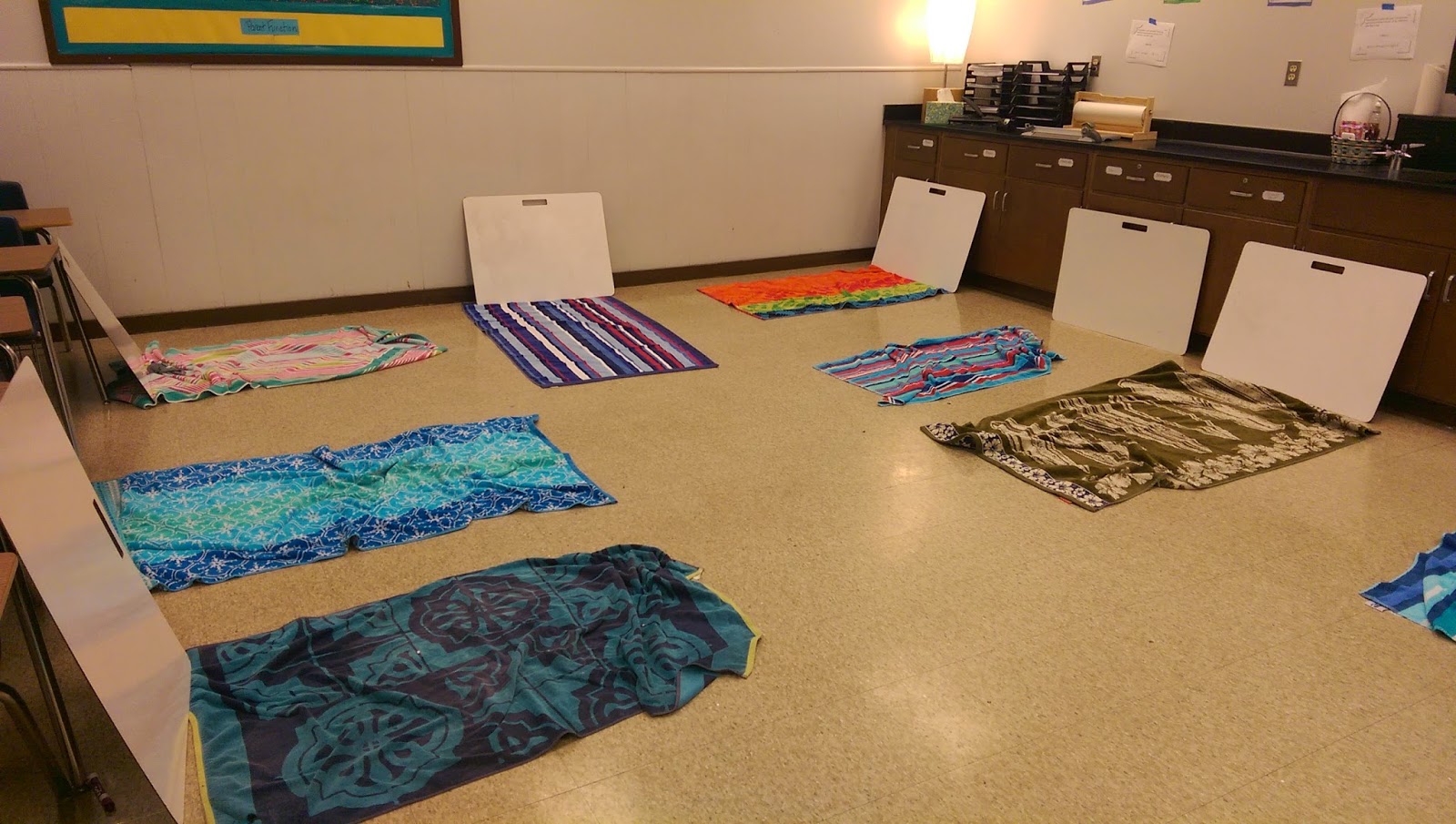 This idea comes from Cheesemonkey's post ... read it here!  Thank you for sharing.

I am drowning in grading.  Giving feedback is a must!  This process is great for simplifying peer to peer feedback as well as teacher feedback.

To break up the monotony of working in desks, I brought in beach towels - 10 of them ... to create "islands" ... oases of math learning!  On each island there is a group whiteboard, 3 markers, 3 calculators, and necessary handouts (could be done without any but I'll explain why they were helpful).

As students entered they set their bags aside, brought only their math notebooks with them, selected an island and had a seat.  I required no more than 3 people to an island.  I had a few islands with just 2 people.

I gave each team an index card ... students put their names on it.

I projected 3 systems on the board.  In groups students solved each system using matrices ... clearly outlining the determinant, inverse matrix, and matrix multiplication.  As groups finished a problem I checked it and hole-punched their index card.  When punched, students immediately moved on to the next problem.  Groups had to rotate who did the writing and who coached.

As students finished the 3 systems that were projected, they moved to a handout with word problems - practicing the same skill but first finding the equations.  So having the handout served as a differentiation tool ... students who worked quickly through the projected problems could move forward.

About half way through we switched gears so that students could learn how to solve systems of equations using their calculators.  To get a hole punch every member of the team had to have the answer on his/her calculator.

Teams earned about 12 - 16 hole punches in the class period.  BUT much more than that ... every student was coached in how to solve the problems of the day.  Every student got feedback.  Every student had support for the parts they found difficult.

And the energy was high.  The conversations totally about math.  And they clamored for their hole punches!  Amazing. Free. Simple!